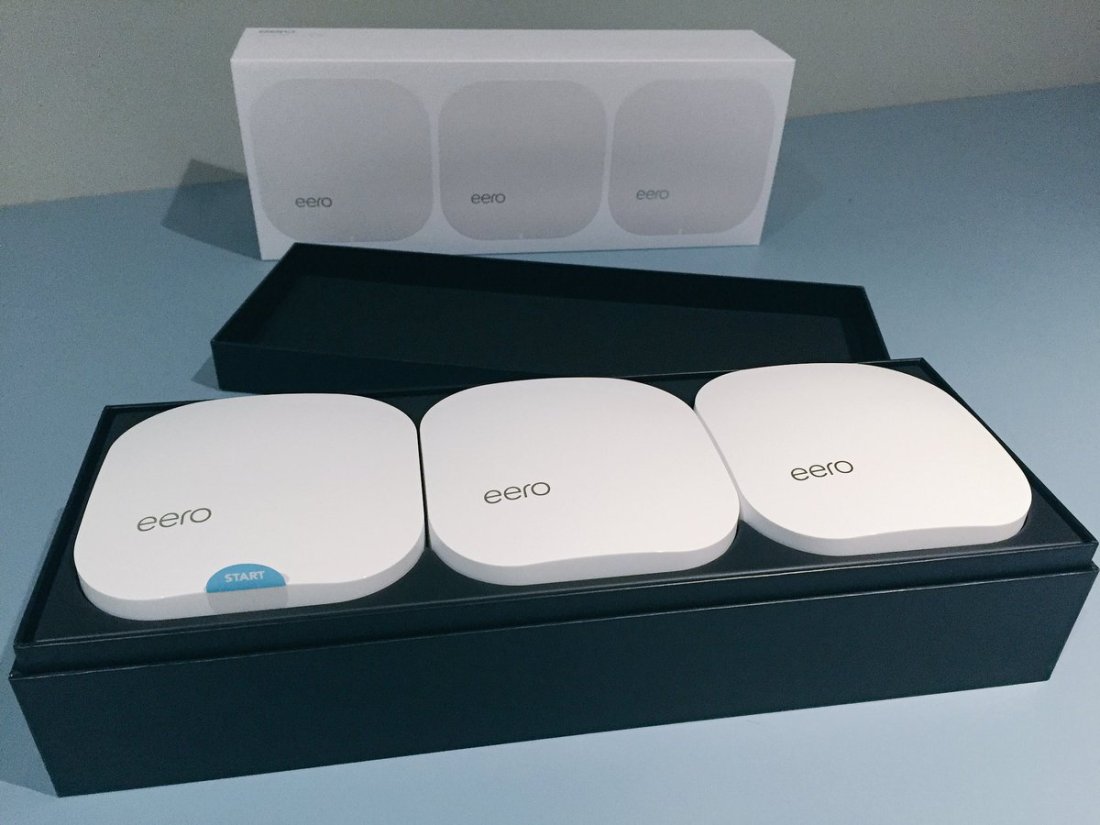 Today I unpacked and installed my new Eero mesh WiFi router. The Eero is replacing an older Netgear router that has recently required a reboot about once a week.

I only got the single as I figured it would have no problem covering our small home. Installing the Eero was as simple as I’d read in various reviews. Eero comes with the device, power cable, and ethernet cable. You install the Eero app on your mobile device and follow the really simple setup instructions. The setup process took all of about 10 minutes including connecting all my devices to the new WiFi.

After the install, I ran a speed test in several rooms to check the coverage. I had no dead spots and a slight speed improvement over my old router.

Walt Mossberg’s Eero review is what convinced to give Eero a try. If you’re considering a new router I recommend reading Walt’s review.

Walt Mossberg, Writing for The Verge

When a colleague heard I was reviewing the new Eero Wi-Fi system, aimed at covering your whole house and eliminating the hassles of dealing with traditional routers, he messaged me: “Talk about how annoying and mystifying it is when your home Wi-Fi fails. I spent two hours today just turning shit off and on until it just sort of started working again.”

That’s exactly the sentiment Eero, a small San Francisco startup, is hoping will get people interested in its slick-looking, simplified, app-controlled Wi-Fi boxes, which it refuses to even call routers.

Eero’s basic product is a dead-simple wireless mesh network of devices that it recommends people buy in packs of three to spread around a home for optimal coverage.

“OUR FAMILY ROOM IS KRYPTONITE FOR WI-FI”

I’ve had just such a three-unit Eero system working in my typical-sized, two-story suburban house for about 10 days now. Holding my breath, I installed it in place of a carefully configured group of traditional routers I’d been using. And, so far, the Eeros have worked perfectly, which is no small thing, because my home has a couple of quirks that make Wi-Fi tough.